I first heard Django Reinhardt in 1935 when I was in Chicago on the radio. In those days, we used to have to buy the records for the station ourselves.  So my friend Harry Zimmerman went over to get the records one day, and he came back and said, "I want you to sit down because I've got two players I want you to hear."  It was Django Reinhardt and Stephane Grappelli. I just about went into shock; I'd never heard anything so great—and I didn't realize he was doing all this with only a couple of fingers!

Then around 1945, I was playing at the Paramount Theatre in New York, and the stagehand yelled up to the dressing room, "There's a fellow named Django Reinhardt here to see you."  So I said, "Send him up and send Jesus with him," you know, I thought it was a joke.  He came upstairs with Johnny Smith, and of course, I was very surprised. I considered him the greatest guitar player around. Django asked for a pick, so I reached in my pocket and gave him a choice of a whole bunch.  He made me feel good because he picked out the Les Paul pick, and I doubt that he knew it was mine. Johnny Smith grabbed one of my spare guitars, and they started to jam, and I heard Django play for the first time in person.  I was very honored and pleased to have him playing guitar in the dressing room, and although it was a little hard for us to communicate,  we got along fairly well and managed to figure out who was saying what.

Later I saw Django on the same trip with Duke Ellington in Ohio. Throughout his whole tour, he hadn't brought his guitar, so he was playing an electric Gibson L5, and it didn't do him justice like his own acoustic Selmer Maccaferri.

When he got back home to Paris, he began to change his style because he heard our way of playing over here.  He even started playing my choruses and those of other guitarists here in the States. I told him he should never copy us because we were copying him! Django had recorded a copy of my version of "Brazil" and also "How High The Moon."  But he was totally confused with the electric guitar; it was a real opponent to him because he used a very stiff pick and was a down-picker.

Today, with guitar players who are real superstars, one will have the technique but no feeling, one can pick fast but can't play slow, the other is slow but doesn't have any speed, another won't have the fire of Django. Reinhardt's probably the only one who had most of this together.  If you stop and think, when we were kids, we had a choice of only Eddie Lang, Dick McDonough, and Carl Kress, and then the air got very thin there wasn't anybody around.

Nowadays, there are a million guitar players, and the caliber has improved, but the geniuses still remain few—guitarists who can make the instrument talk.  You can turn on the washing machine if you want to hear technical things. It's hard to beat a Rhythm Master, but it has no feeling.

The third time I went to Paris to see Django, he had just died.  His wife had none of his records, no phonograph, no running water, no electricity, nothing.

Django Reinhardt’s grave, purchased by Les Paul, who promptly rounded up $10,000 in unpaid back royalties for Django’s widow.

The next morning, Django called me from South France, and he was there the next day with me.  We went to a music store and jammed, and he picked out a Selmer Maccaferri guitar for me with an amplifier and a pickup.  He told me he was very depressed. He'd gone down to the Gypsy camp to fish and goof off because the people were not accepting him.  The club owners would say, "I'll hire you for five dollars tonight, but the first time you leave that melody, you're going to be right out in the street."  So I talked him into playing again.

The last time I saw Django alive, we were riding in the back seat of a taxi, and he tapped me on the shoulder and asked me if I could read music.  I said, no, I didn't, and he laughed 'till he was crying and said, "Well, I can't read either. I don't even know what a C is; I just play them."  I talked to Django at length about his fingers, as he had open wounds that he would soften with powder.  Till the day he died, those wounds never healed. When he got depressed, he'd ask me, "Am I good?" I said, "I think you're the greatest." "Well, why is it I'm not accepted?" He couldn't understand why.  I told him, "When I was in Chicago, I got a violin, a bass, and another guitarist and proceeded to copy Django Reinhardt and Stephane Grappelli; I idolize you so much."

I ranked Django then, and I rank him now, along with the likes of [pianist] Art Tatum and [tenor saxophonists] Lester Young and Coleman Hawkins, one of the greats.  When they died, they just closed the coffin; they just took it with them.  They are probably the masters and always will be.  Today, we find many more talented guitar players, but we still don't find any greater guitar players than the master.  Oscar Peterson can become so great on the piano, but he still talks about Art Tatum being greater. 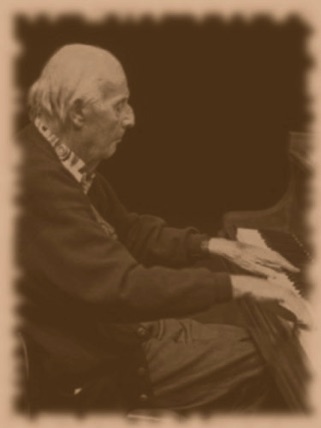 Then in 1951, I landed in Paris and found Stephane Grappelli playing piano in a little bar. Stephane said, "If you find Django, I'll be surprised because I haven't seen him in two years."  So I gave $40, two $20 bills, to two cab drivers, but I tore them in half and said, "You get the other half when you find Django."

The Last Time I Saw

.So we went out and bought a gravestone for him, clothes for her, a phonograph, and all the recordings of Django we could find.  Then I asked her if it was okay for me to get her some money, and she said she'd be very happy.

.I called a publishing firm and the record companies and said, "Look, I'm taking over his catalogue, and we want to send in an accountant to check it out."  This scared a lot of them right out of their shoes.  They made a settlement for $10,000 with his wife.

.I was only around Django four different times, but we spent a lot of time together each time—days and weeks.  He was a very sweet man who loved to laugh.  We were very close and had a great admiration for each other.

Django, his wife Naguine and son Babik in 1945