"There's No Place Like Home" with some classic add libbing.

GP: I watched dad and Mary perform this novelty tune on stage, and it caught the audience off guard at first but ended up cracking everyone up! 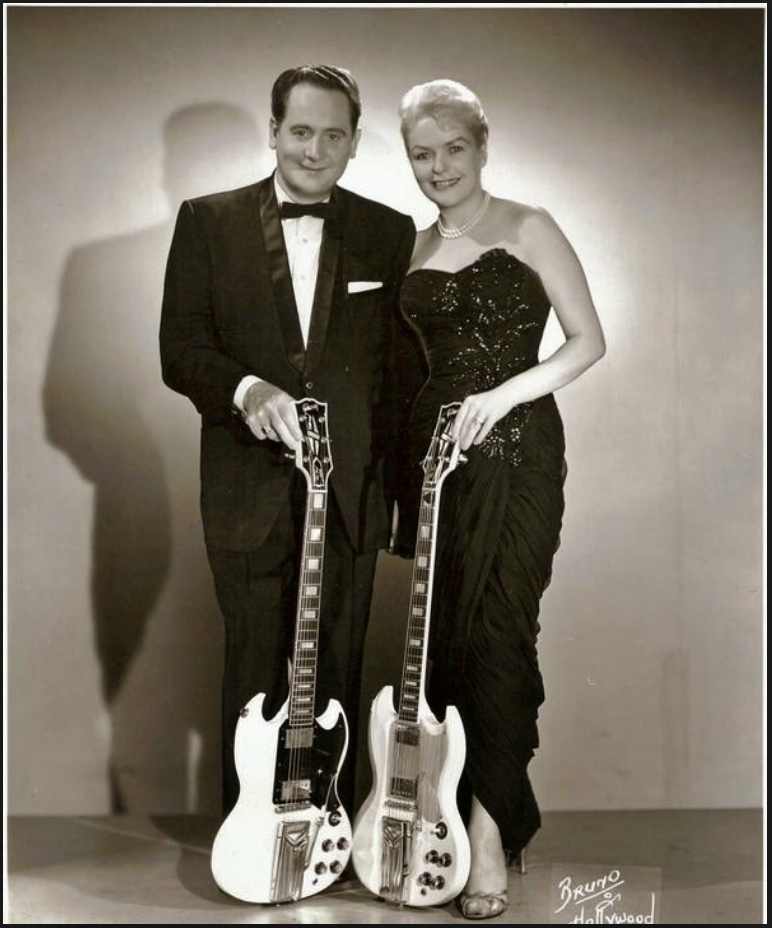 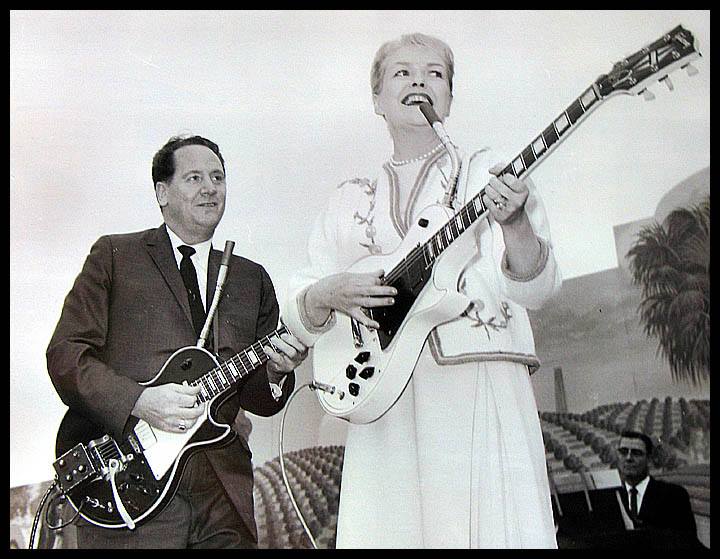 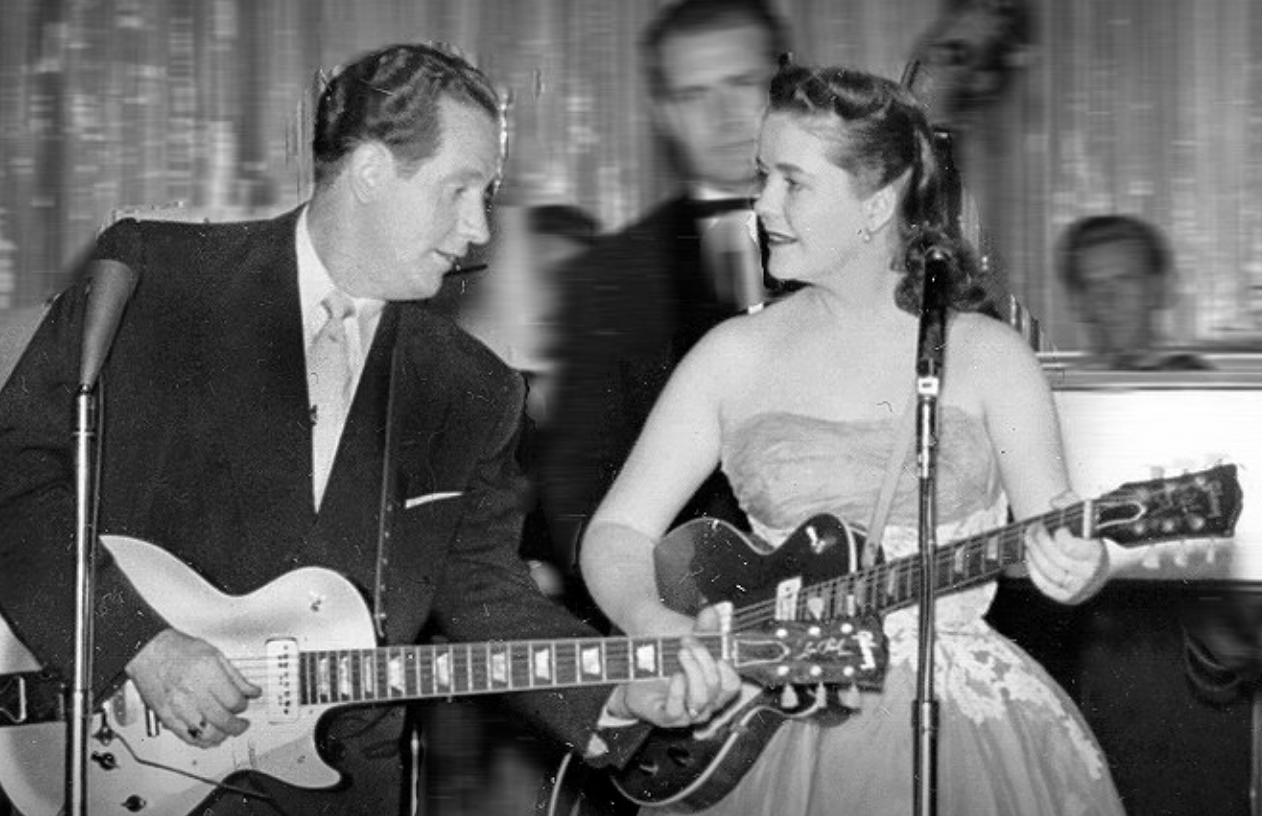 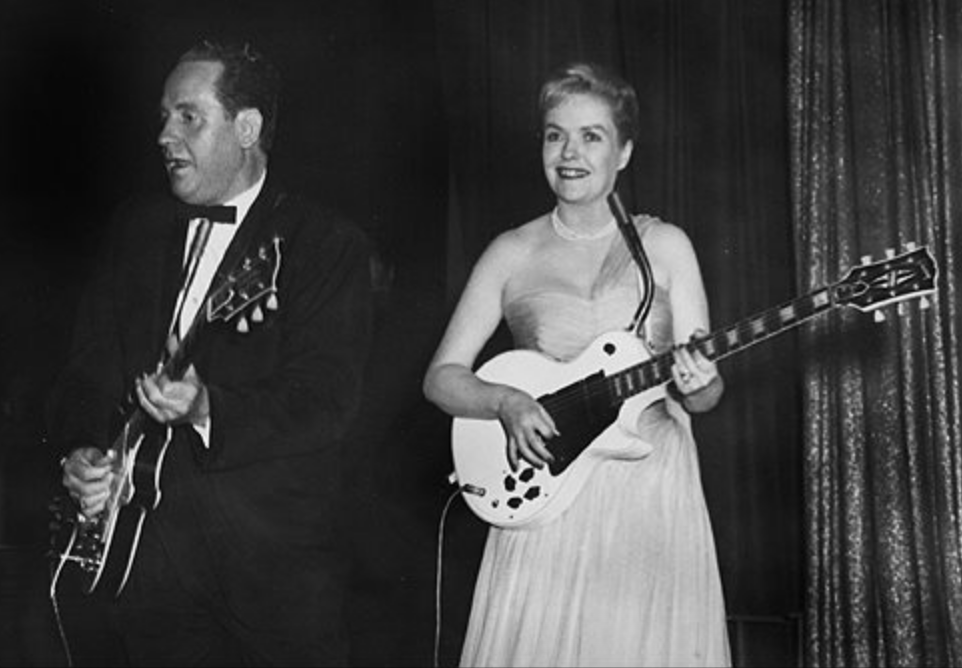 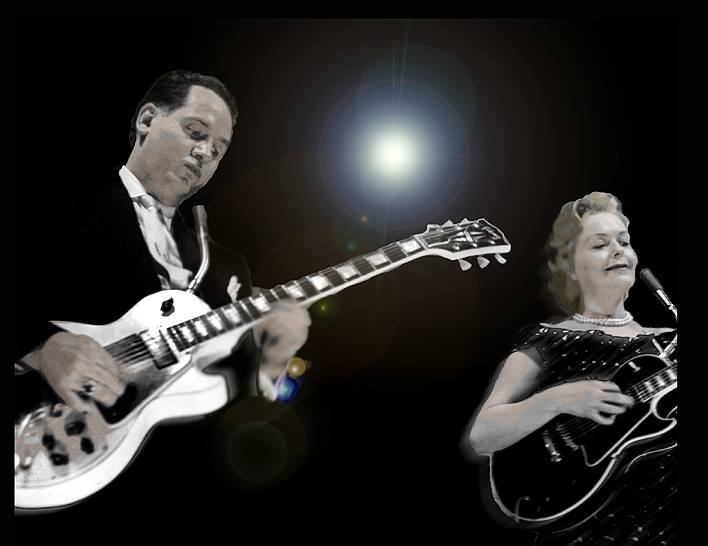 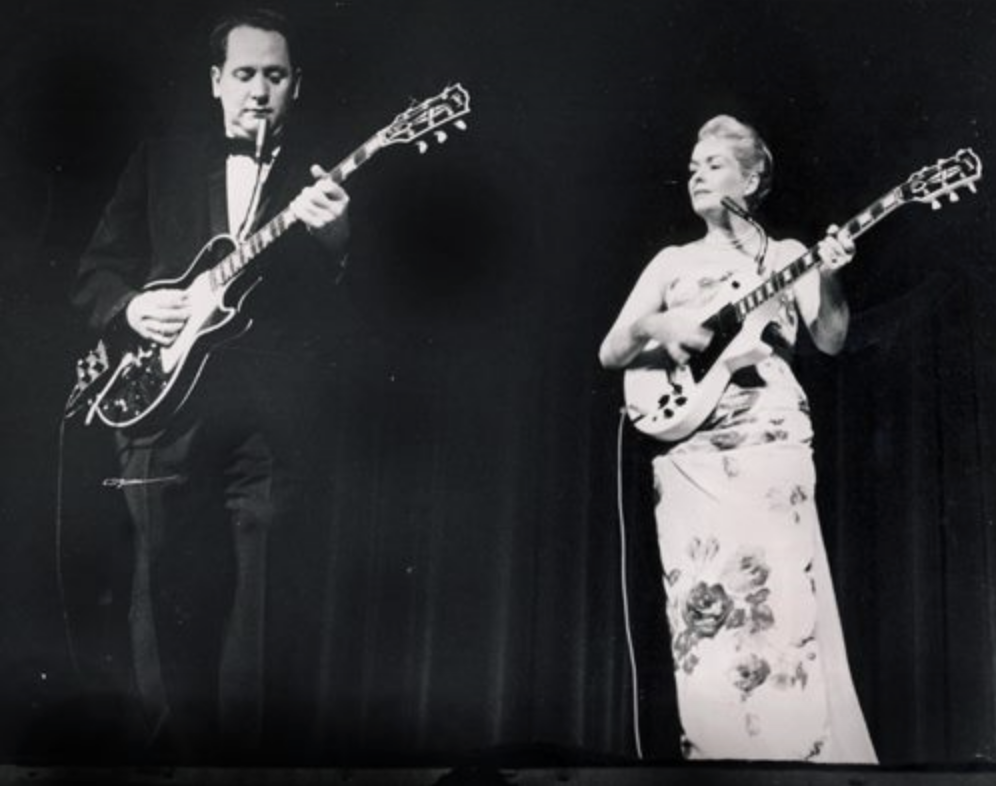 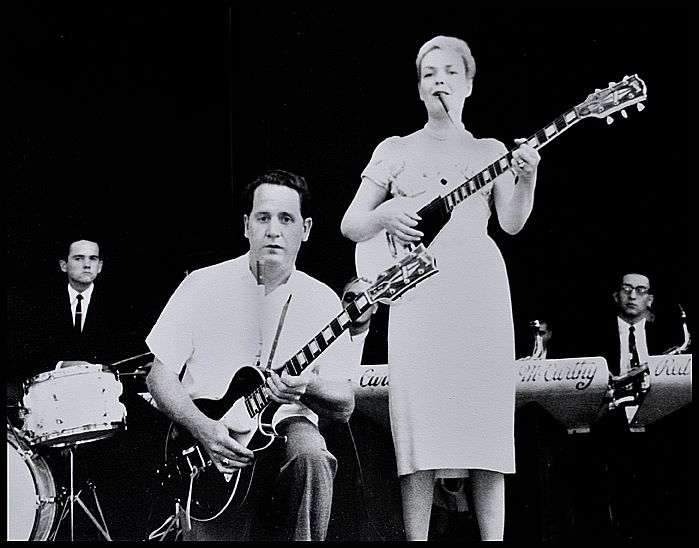 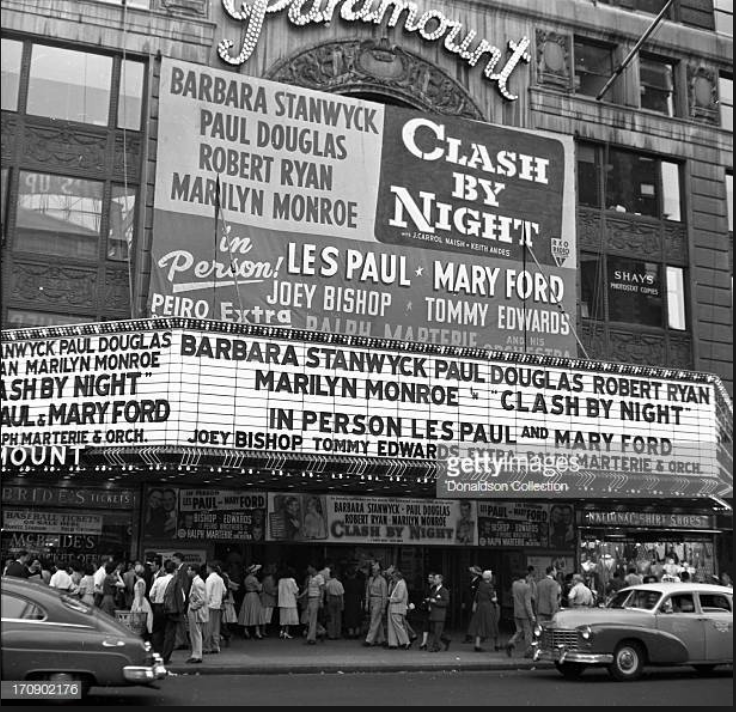 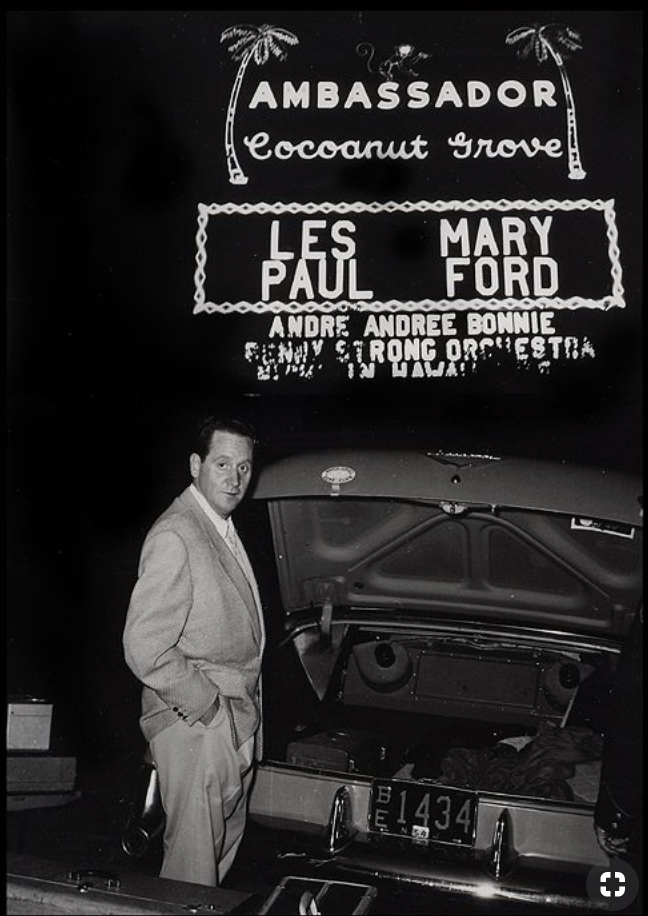 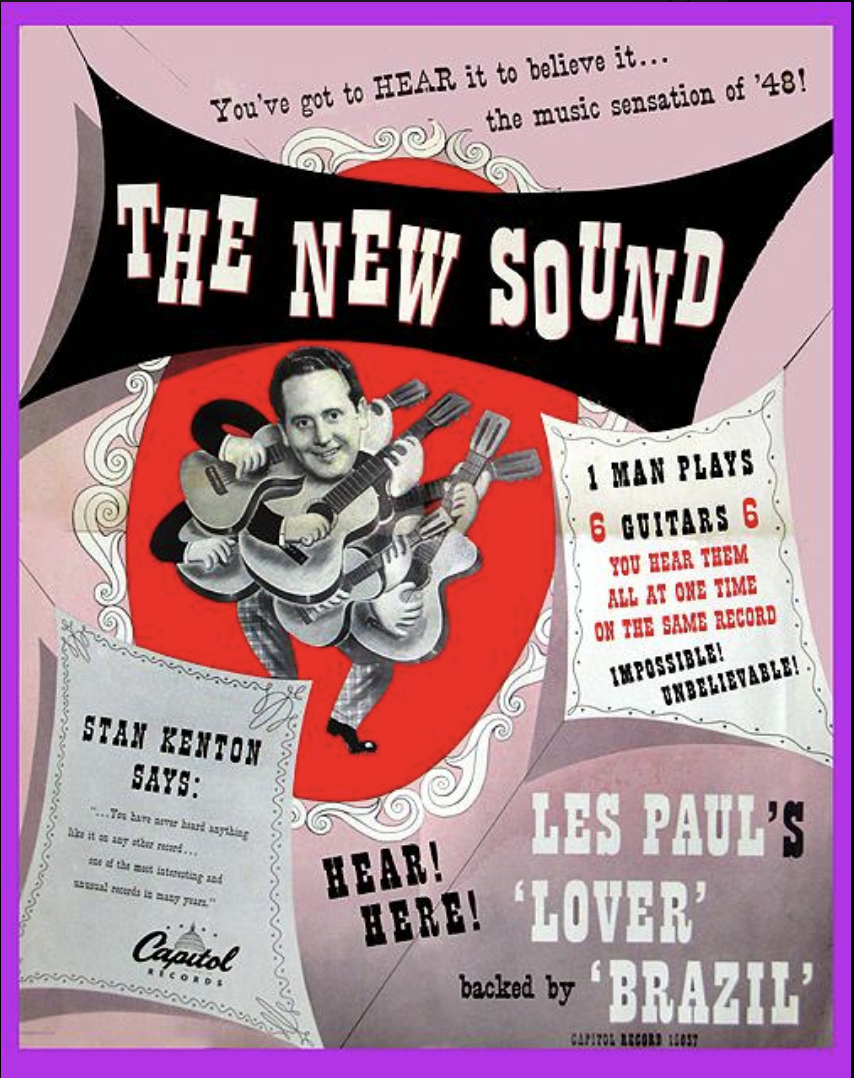 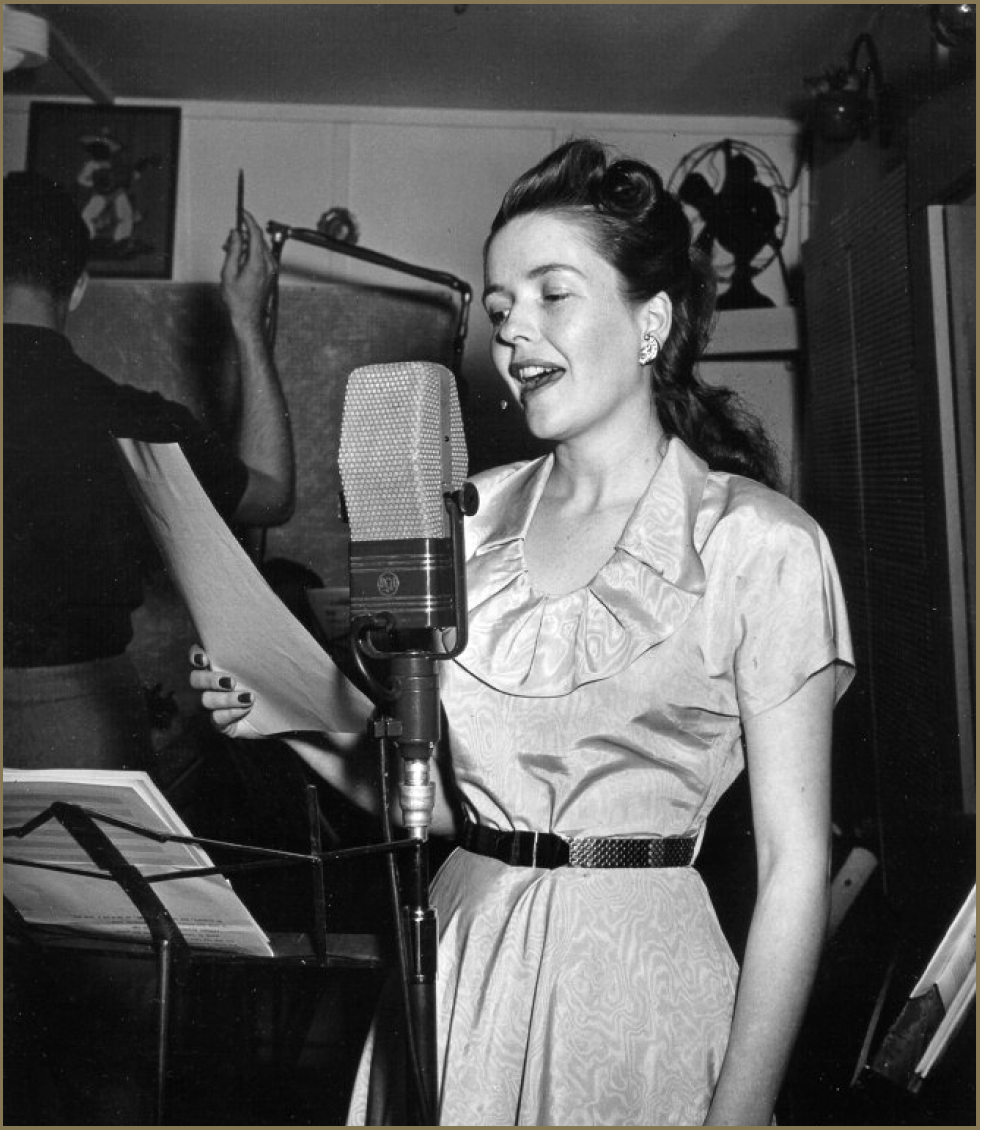 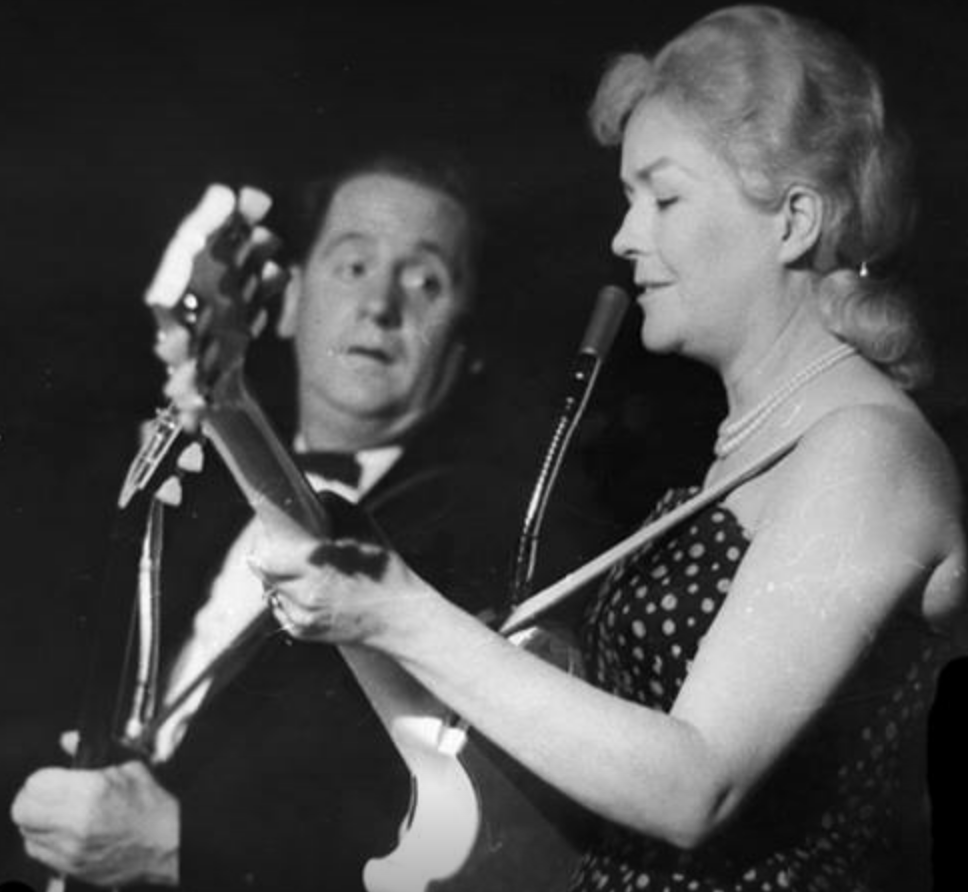 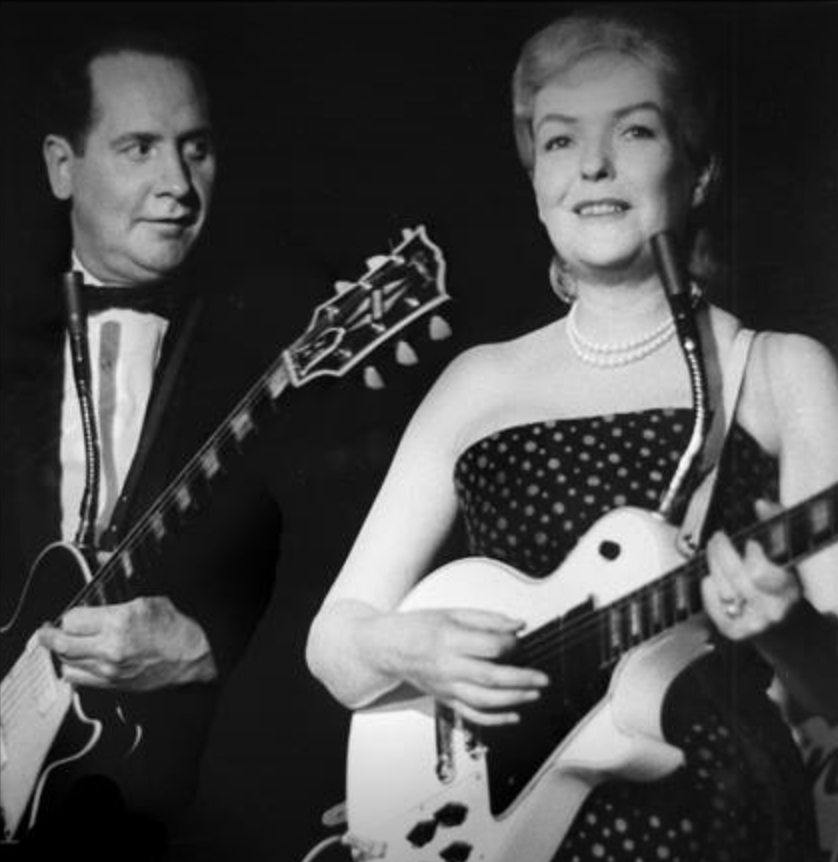 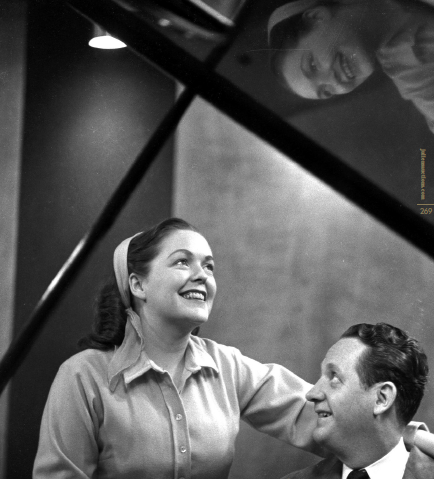 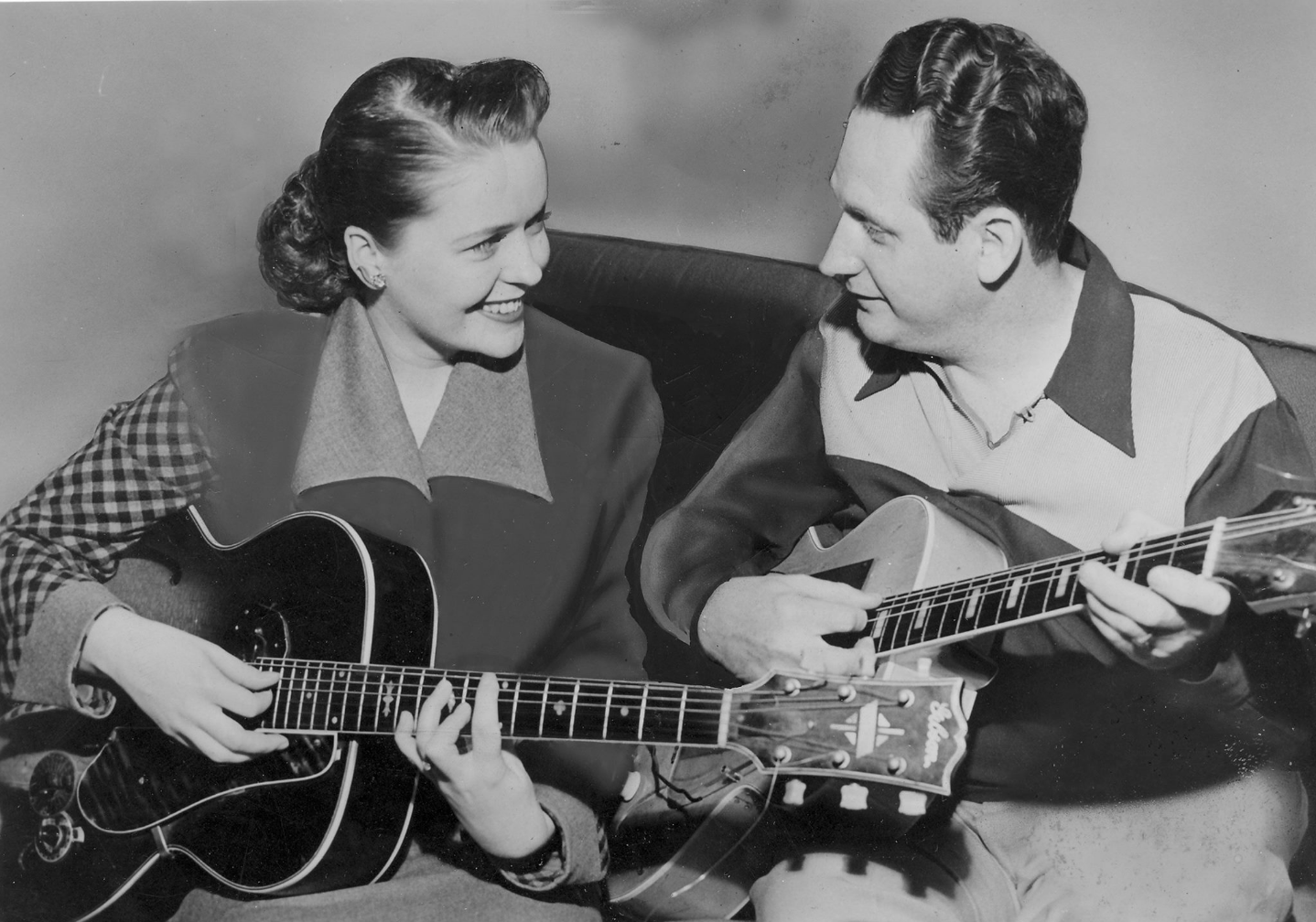 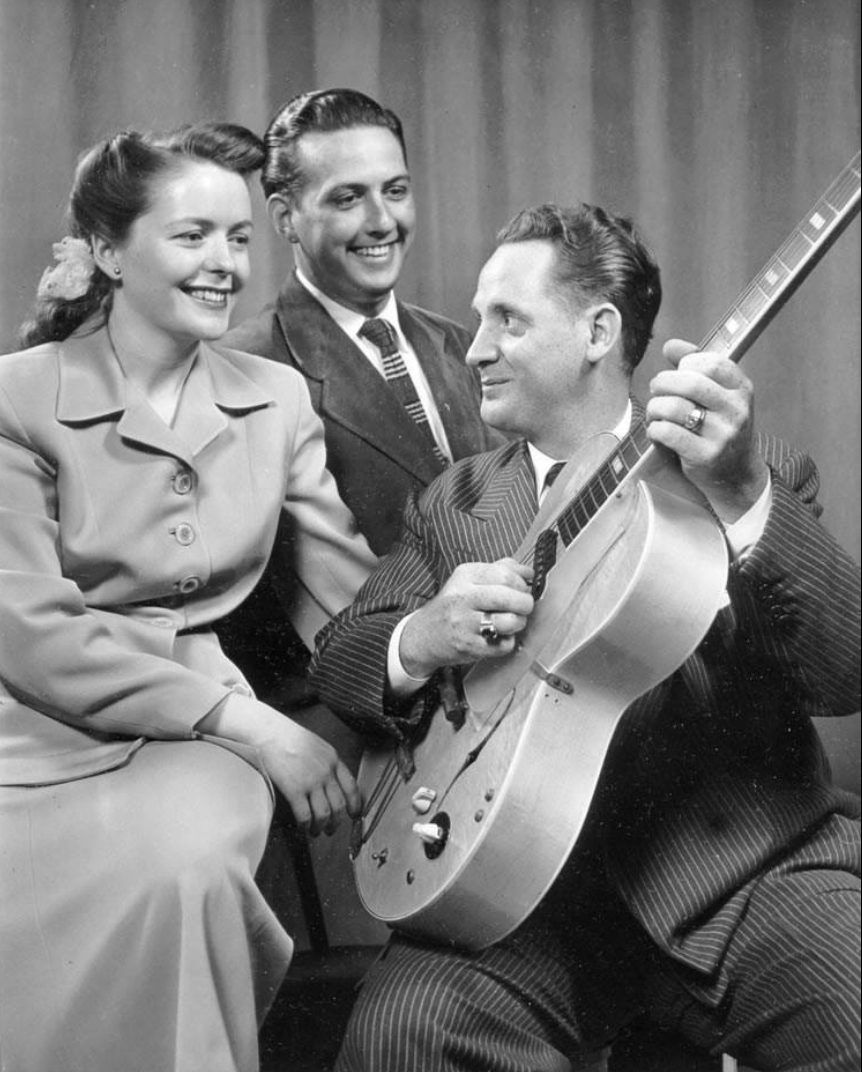 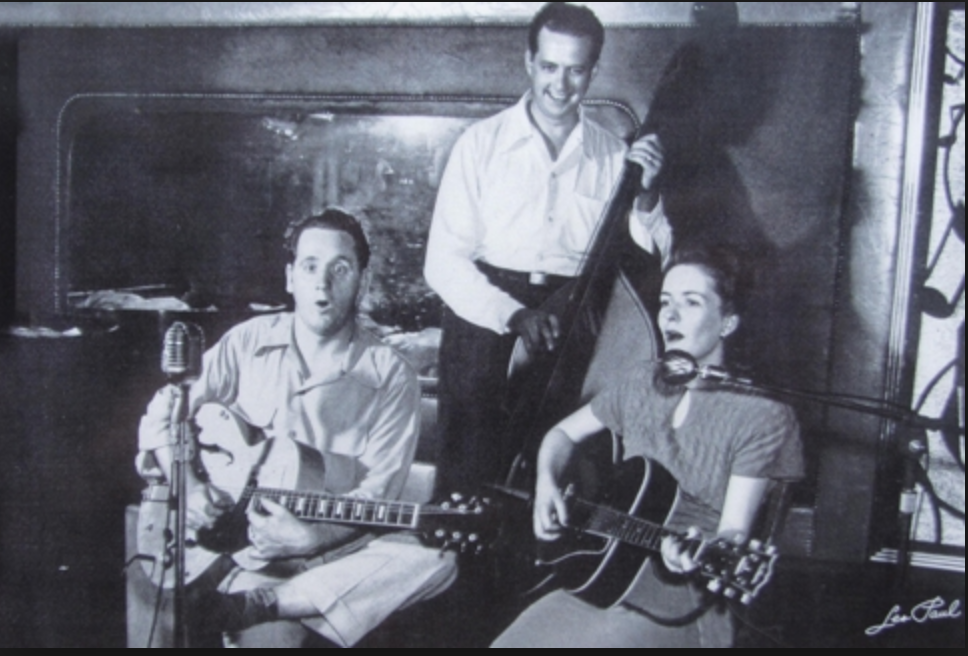 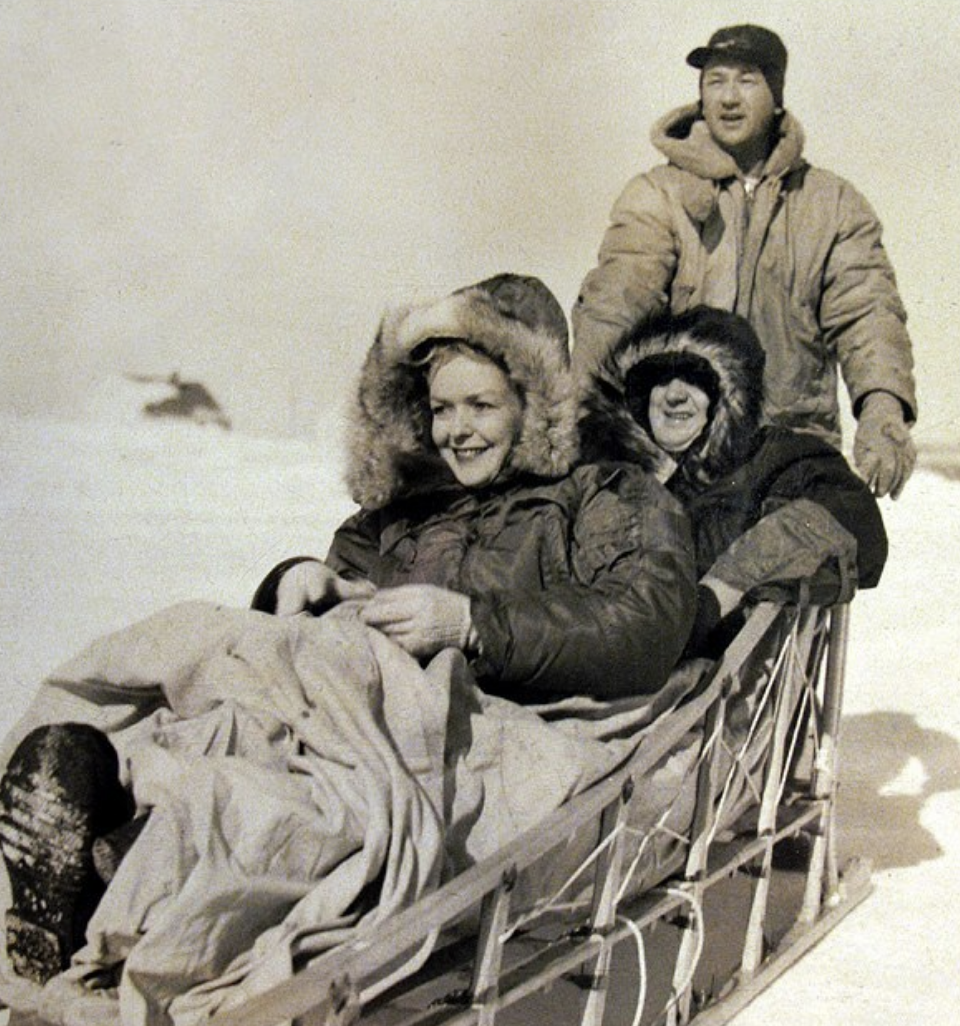 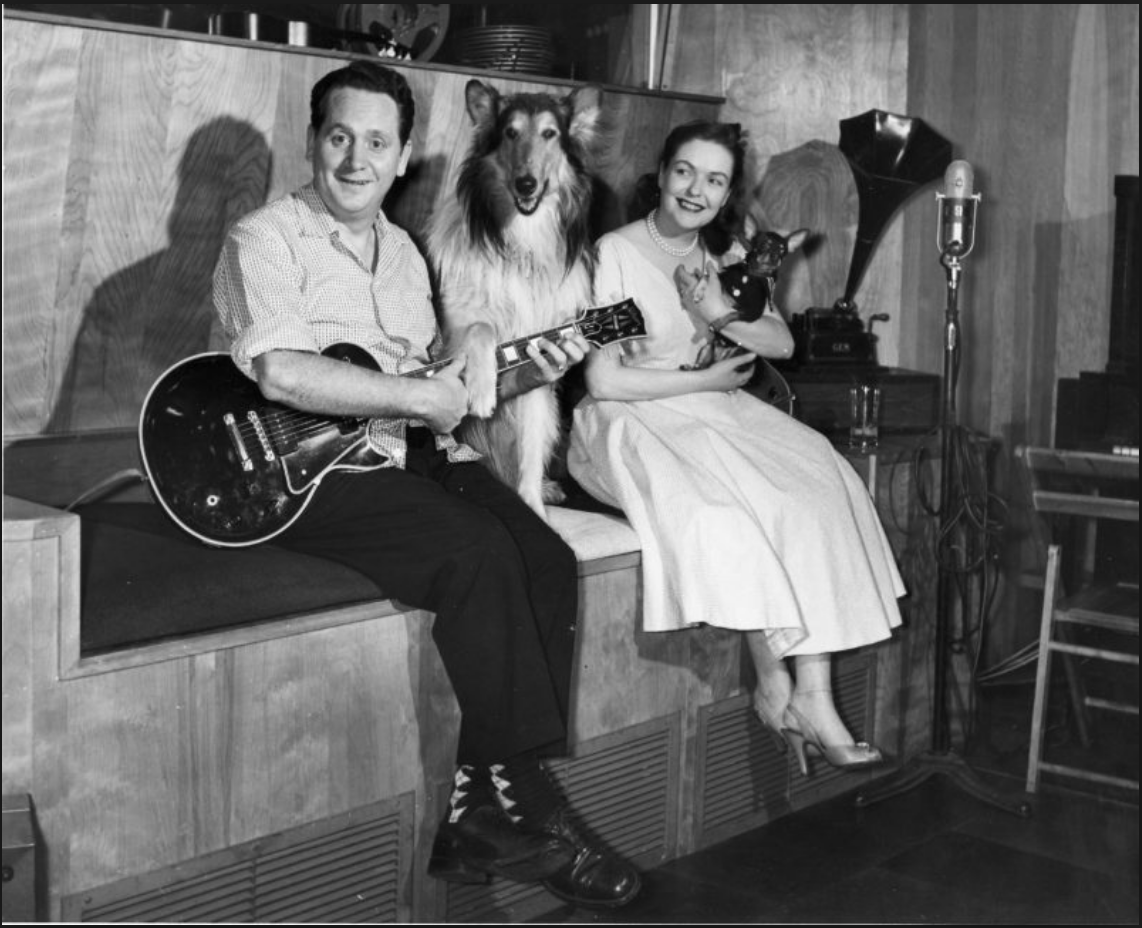 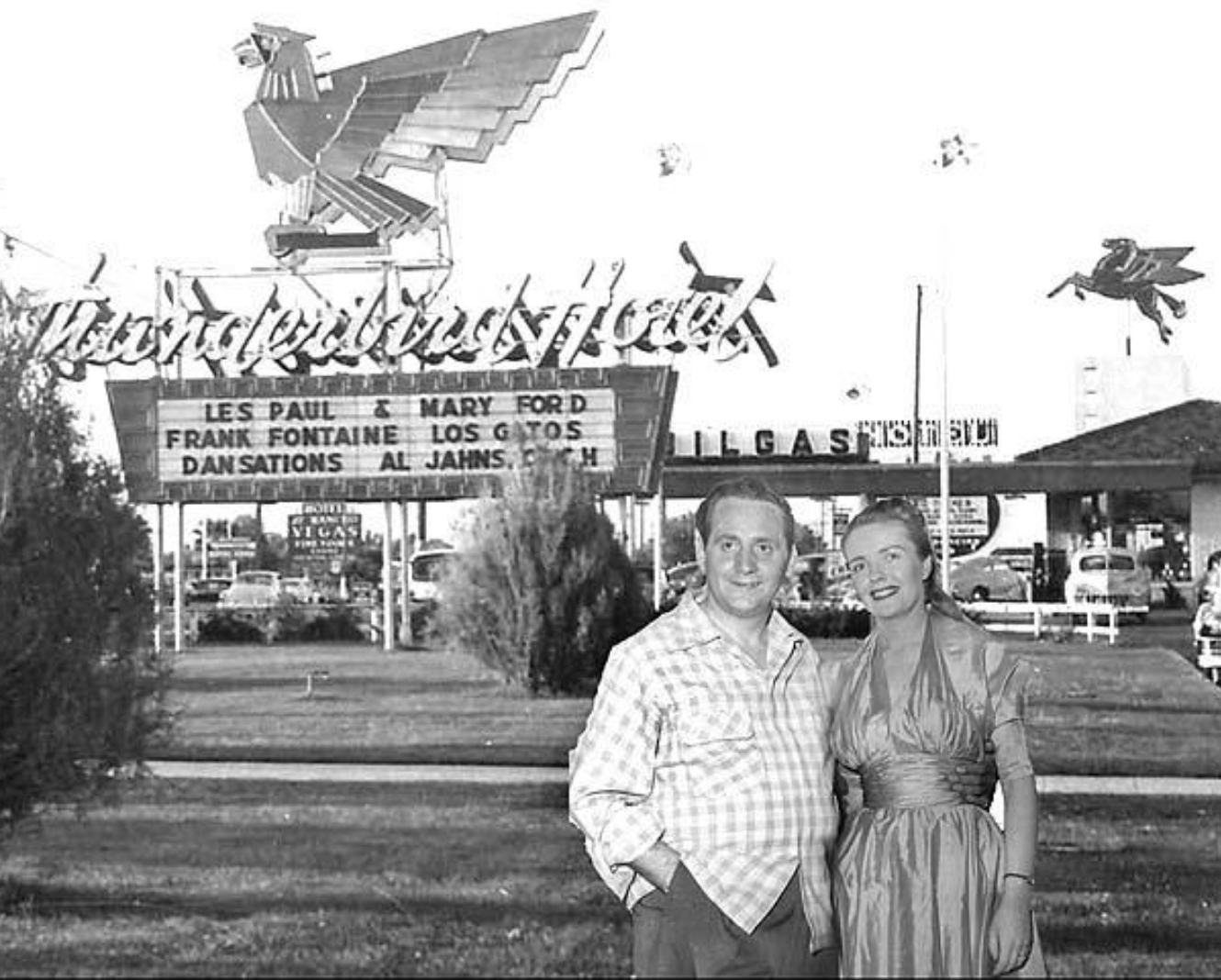 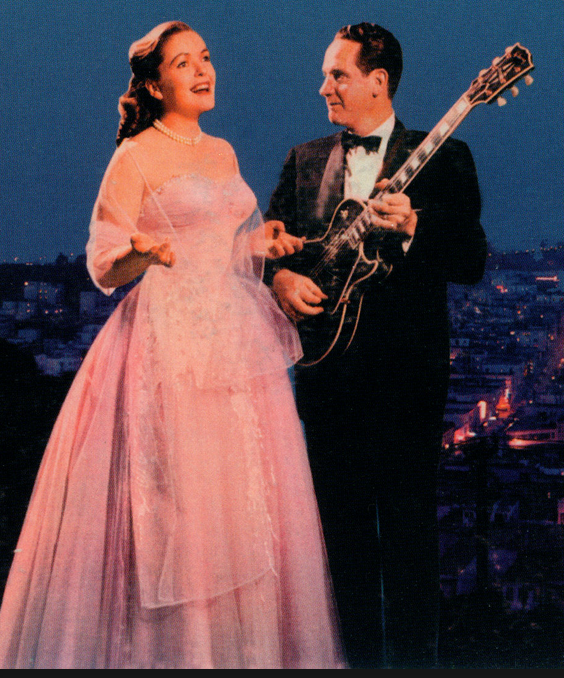 Dad always had a guitar in his hands while he was at home.  While in the kitchen I noticed he was playing the same musical phrase over and over again on the record player and then playing it on his guitar for days at end.  I asked who he was listening to and he said, Django Reinhardt, who I found out later was his idol.  Three weeks later we were performing in Las Vegas, and during the show I swear I heard Django's phrase that dad was practicing.  So when we got off the stage, I asked dad, did I hear Django's phrase?  He smiled and said,

Dads way of telling me that's the way it works.

Some extra pictures with Gene

The story goes that Les Paul  relocated from Hollywood, California to New Jersey specifically to do the show because Mahwah was close to the headquarters of the Lambert Company, which made LISTERINE®  Antiseptic in the early 1950s.   (The merger that would make them into Warner-Lambert happened in 1955.)  Apparently, the Lambert Company president had heard Les Paul and Mary Ford’s hit song “How High the Moon?” and loved it so much that he came up with the idea for a LISTERINE®  – sponsored TV show broadcast from the couple’s home five days a week.  Les Paul accepted, and moved to NJ.

People listen with their eyes!

with a reenactment of their live stage show from the 1960s.

Les fine-tuned his multiple-layered recording techniques, turning to pop music rather than jazz for his new sound.  After more than two years of research and development, Dad emerged from his studio with his first solo hit single - "Lover," and 20 more instrumental sides recorded direct-to-disc using his multi-layered techniques.  That landed him a long-term recording contract with Capitol Records.

Dad realized that to bring his new sound to the next stage, he needed to add a vocalist, but not just any vocalist.  She had to be unique and exceptionally gifted, and his choice was not wrong; it was Colleen Summers, aka Mary Ford.

In 1949, Bing Crosby gave Les one of the first reel-to-reel mono magnetic tape recorders.  Before long, Dad figured out a way to modify the machine to record multiple tracks and stopped recording on discs altogether — the portable tape recorders fit his lifestyle perfectly.  Les and Mary created a string of 14 consecutive pop hits, including "Mocking Bird Hill," "Tennessee Waltz," "Bye, Bye, Blues," "Tiger Rag," "The World is Waiting for the Sunrise," "I'm Sitting on Top of the World." and the biggest hit, "Vaya Con Dios." Besides hosting their own TV show and bringing the magic of their recordings to their live audiences with devices like the "Les Pulverizer," Les and Mary performed around the world, including performances for the British royal family and President Eisenhower at the White House, among many others.

Starting in 1952, the LISTERINE®  Brand sponsored Les Paul and Mary Ford at Home, a ground-breaking five-minute long network television show broadcast from Les Paul’s home in Mahwah, New Jersey.  (That's not a typo -- the episodes were only five minutes long!)  Each episode featured Les Paul and his wife Mary Ford, and some absolutely amazing, incredible guitar playing.  The show ran for 170 episodes.